Just as I was feeling frustrated about the limitations of the BBC Micro:bit for running uLisp, a new version has been announced: 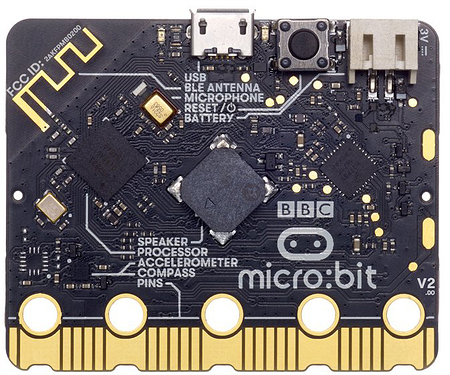 The Micro:bit has a very convenient form factor, half the size of a credit card, is low cost, and its edge connector is a convenient way of connecting to peripherals. However, the original Micro:bit ran at 16 MHz and had 16 Kbytes of RAM, barely sufficient for running uLisp.

The v2 board is four times faster at 64 MHz, and has eight times as much RAM at 128 Kbytes, so it should run uLisp like a dream. In other respects it appears to be 100% compatible with the original Micro:bit.

The v2 BBC Micro:bit will be £13.50 from Pimoroni in the UK, and is due in mid-November. As soon as I get my hands on one I’ll give a detailed review.