ARM Version 3.3 of uLisp now supports the Calliope mini, a curiously-shaped single-board computer developed for use in German primary schools. It is inspired by the BBC Micro:bit, and shares some of its features.

It is based on a Nordic Semiconductor nRF51822 ARM Cortex-M0 microcontroller, running at 16 MHz, and it provides 256 Kbytes of flash program memory and 32 Kbytes of RAM, twice as much RAM as the BBC Micro:bit: 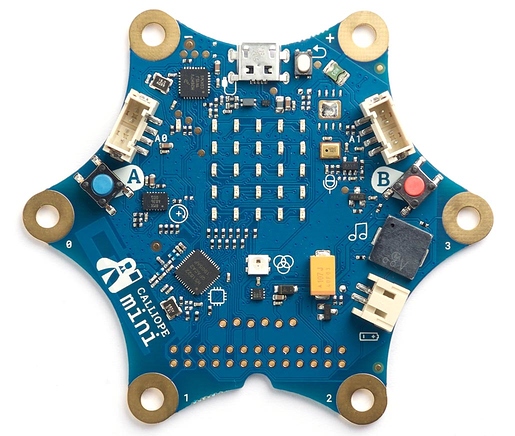